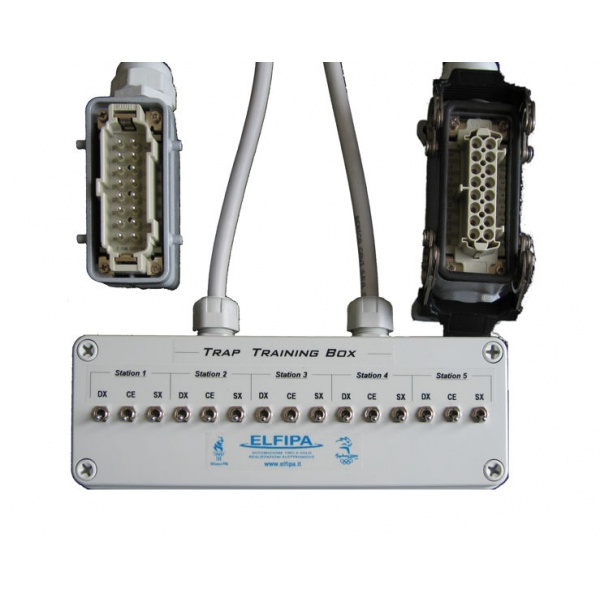 The Trap Training Box is made up of 15 switches that work directly on the Trap Machine. Using these 15 switches we can decide which machine has to release the target. The graphic of the control panel has been studied to simplify the use of this accessory. The 15 switches have been divided in groups of 3 switches that correspond to the machine on the left, to the one in the middle and to the one on the right in each group of 3 machines.

For the installation you just need to connect the Trap Training Box between ELFIPA Electronic Sequencer and the connector of the machines, which comes from the Trap.

It can be applied to the Olympic Trap Ranges.